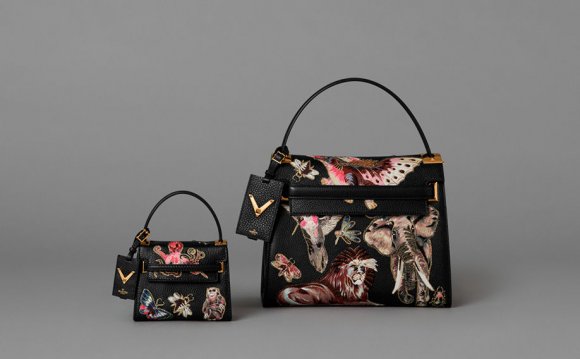 Patent leather dates to at least 1793, when an Edinburgh periodical reported that “A gentleman of the name of Hand” from Birmingham, England, had patented the process of varnishing leather, making it water resistant and easy to clean. While Hand may have been the first to patent this technique, he was definitely not the first to employ it. In fact, the procedure had long been practiced in Japan, which is why it was known in the West as japanning.

Until Mr. Hand and the other entrepreneurs who followed him came along, japanning had been used primarily to give hard surfaces such as metal a tough, shiny finish. Leather was a more challenging material to work with because it was porous. In addition, the applications for patent leather included trim on horse-drawn carriages, boots and shoes, and eventually handbags, which meant patent leather had to be hard yet pliable.

Although the details of lacquering leather varied from patent to patent, the basic principal was the same. Hand’s patent leather was made with a naturally occurring latex from rubber trees mixed with turpentine; later patent holders would use linseed oil blended with lampblack, or soot. Regardless of the recipe, the leather was typically coated to seal it, dried in either an oven or by the sun, and then burnished with a pumice stone, after which the entire process was repeated three times or more before a final coat of varnish was applied.

At the beginning of the 19th century, U.S. manufacturers imported patent leather from England and Europe. Japanned leather from Birmingham was renowned for its durability, the result of skipping the step of priming the leather before lacquering (as it turned out, the lacquer adhered better to the leather than it did the primer). German patent leather was also considered state of the art. In 1818, a Newark, New Jersey, inventor named Seth Boyden reverse-engineered a sample of the German import (the bill of a hat) and improved upon it, creating a patent-leather industry in the United States.

In his first year of patent-leather production, Boyden sold just $4, 521 worth of the material. By 1824, sales were approaching $10 million. Curiously, Boyden never patented his patent leather, even though he’s the person most associated with its proliferation in America.