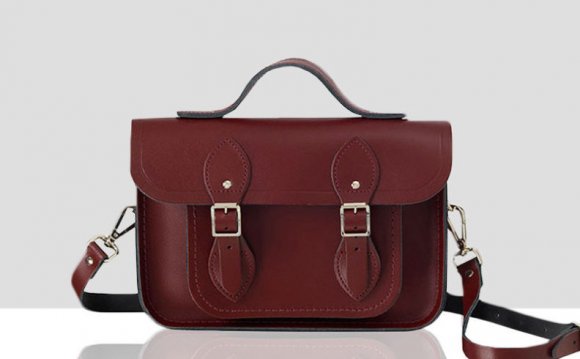 No one wants to be that guy – you know the one I'm talking about. Prancing around, wearing a shoulder man bag that looks far too much like a purse and insisting to all that ask that it's anything but.

How to Wear a Messenger Bag

According to The Telegraph, the best messenger bags for men should be worn high and across the body. Not only does this eliminate a lot of the association with female purses, it also says you’re a man of action! (That's impressive for any accessory, and especially for shoulder bags for men!)

The controversial Man Bag, Swag Bag, Satchel, Man Purse, or Murse has drastically evolved over the years and is now fashionably embraced by men worldwide. And with skinnier jeans back in fashion, as well as notoriously tight pockets, the man bag is more practical than ever for carrying keys, wallets, cell phones, and credit cards.

According to MarketWatch, “In 2014 alone, men's bags sales rose 35%.” That means guys are buying. (Hey, even Mike D from the Beastie Boys is designing man bags now!)

And, you should have one. In fact, you may need more than one. Ernest Sabine, owner of New York City menswear shop Ernest Alexander told CNN Money that they’re essential in the modern world. (Think about everything you need to carry with you.) Among the staples that every guy should have is a messenger bag.

Why Messenger Bags Are So Popular

Part of the reason is the convenience, but shoulder bags for men have a new place in the world where they’re office friendly and downtown casual. Remember, you shouldn’t be wearing a backpack with a suit because it will crush the padding in the shoulders; but who wants the formality of a briefcase?

You better know what you're doing because you really don't want to be center of a faux pas. But, fear not - we're here to help. If you're thinking about purchasing a man purse but don't want to come across as a feminine dweeb, these top men's messenger bags and carrying cases should set your ego at ease. Well, that and our week of research spent looking at every possible messenger (and messenger-esque) bag on the market.

We think you’re going to love these; they're the best messenger bags for men! Just take a look. (And take a moment to let us know your Faves.)